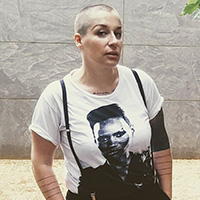 Raised in the media-saturated neighborhoods of Los Angeles, Windy got her start in photography early with an opportunity at thirteen to work with local professionals. Immediately comfortable behind the lens, it became a way for her to explore the buffer of experience between herself and the subjects of her camera--to document people and the world as they are. She took this exploration to the next level after moving to Norman, Oklahoma to be closer to her family, beginning to pursue a formal education at Oklahoma School of Photography in nearby Moore, graduating in 2008. Returning to LA, she broadened her education into photojournalism at Los Angeles Valley College, where she spent time integrating new skills in reporting and layout design. During this period, she initiated the freelance work that would come to define her career; in fashion, for the college, for local music, and with head-shots for models and actors. After finishing her time in Los Angeles once more, she embarked on the first of two life-changing trips to India—once in 2010 and again in 2012—as spiritual journeys of self-discovery which also heralded a deepening of her craft as she captured images of life on the streets of India. In 2013, back in the US, she pursued a new-found passion in self-portraiture. Windy currently lives in New York City, New York where she immerses herself in a study of the human spirit through photography.

My work has evolved as I have, so, what inspired me ten years ago was different than what inspires me today. In the early days, I was inspired by portraits that conveyed something honest about the human condition. Those images had a very raw feeling to them. I was drawn to work by Annie Leibovitz and Dorothea Lang. Then as my taste became more sophisticated and complex, I became very interested in the work of photographers like Diane Arbus, Mary Ellen Mark, and my absolute favorite photographer, Roger Ballen. I appreciated how challenging their images are and how much their work asked the viewer to tolerate the discomfort that the images brought up. For me, their work is very much about developing the capacity to journey through the dark and dense aspects of the human experience-to be able to be fully present to yourself and others even when it isn’t pretty. I think that quality is reflected in my self-portraits. Currently, I am coming into a relationship with myself that can be characterized by simplicity and gentleness, and so my inspiration for this quality of being-this aspect of my evolution, is minimalist artists like Hiroshi Sugimoto and other such minimalist Japanese artist. Japanese art has been a common inspiration for my work over the last five years or so; particularly the Japanese avant-garde dance butoh. Butoh has been interwoven into a great deal of my work. I haven’t found a more fitting visual example of both the raw experience of being a human being, as well as the tenderness, and spaciousness that is possible. The art form lends itself well to photography. 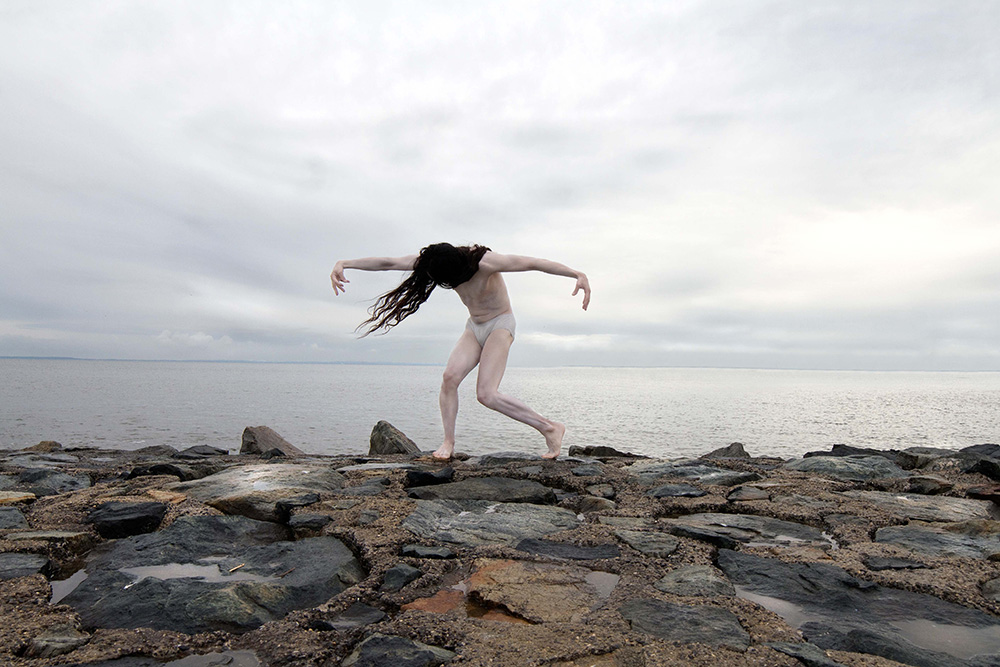 As I mentioned, butoh as a visual and physically engaging art is a hugely meaningful topic for me. Overall, I think what’s true about the work that inspires me and the work that I create, is that it’s a narrative about what it means to be a human being. It’s a way of showing our humanity without any filters. In a sense, when I take very revealing self-portraits and I show them to others, I am the viewer of these images permission to exist-I’m validating their humanity and stripping away some of the shame of being a completely imperfect being. I’m stripping that shame away for myself when I take the image, and I’m stripping it away for others by exposing the experience and letting the viewer know that they are not alone. That, for me, is incredibly meaningful. It’s living art.

In my personal circle, I was always encouraged by art teachers growing up. It’s as if they could see my creativity from a mile away, even without knowing much about me, and they nurtured it. I had been given many opportunities to work with artists before my adult years, those were all very valuable experiences for me. It’s not until I became an adult that I noticed that the artists that I was surrounded by, including my own teachers, were incredibly harsh in their judgments. The bar was exceptionally high. And I could help but to realize at some point, that for many artists, making art wasn’t about enjoying the process of creating or simply taking a photograph or making a painting for the joy of it. It was a competition. It was about proving your worthiness and “making it”. I decided at some point that I didn’t want to “make it” and that I was happier taking images for the joy of doing it; for the simple pleasure of engaging in the act. And so, I stopped trying to make a living taking images and started to engage with the medium in a way that felt more authentic to me. That’s when I really started to develop my style. Eventually, I found that I was making art that I enjoyed-art that looked like it was mine.

How did you find your own style to take a photography

My style was developed by letting go of the expectation that I should make good art. When I stopped trying to make a living with my craft, I started to become more courageous with it. Experimenting was more acceptable, because my income wasn’t on the line. Also, my photography became the one place that I let myself do whatever I wanted. A place where my worthiness wasn’t on the line. When I let go of trying to impress people with my art, it got a lot easier to create work that was authentic to me.

What has been your biggest photographic challenge?

In the early days, I started out shooting documentary work. On my first trip to India, I was photographing women who had been abandon by their families when they had become widows, as it is the tradition among Hindus in India. I faced a lot of resistance from the widows. They wanted nothing to do with me or my camera. Once I got to know them, I learned that they had been badly exploited by photographers who had photographed them and promised to use those images to help them gain support. Well, the photographers took their images and the women never heard from them again. By the time I came, the widows were tired of being exploited. They did not want their image used to elevate the status of a photographer and publication, while they remained in the same position struggling. I decided not to photograph them, and instead, provided some financial support. At that point, I knew that documentary photography was not for me. I wanted to help, not to exploit. So, I took to using my camera as an artist instead. Currently, my biggest obstacle is learning how to photograph a visual representation of silence.

Many of your self-portraits are nude or involve vulnerability on some level. What does it feel like to put those images out into the world?

Terrifying. It’s always terrifying to be so vulnerable. It’s also been challenging to find spaces to show my images in because some of them involve nudity. Online is a challenge because of the policies of various platforms. Galleries can be challenging because some have no nudity policies. It’s a strange thing to me, really-the way that nudity, and especially female nudity, is sexualized. In a way, it’s not so much nudity that is being excluded and inadvertently punished, but sexuality. Largely, the general public seems terrified of experiencing their own sexual arousal. As if they can’t trust themselves to behave like decent people when they experience arousal. It’s a strange thing. Of course, this all stems from shame. The real task for me has been to not internalize social shame. Because, when I’m told I can’t show my art due to nudity, I’m also being told that there is something wrong and shameful about my nudity, that my vulnerability and willingness to share my entire self is somehow a shameful act. That’s a very difficult message to take. So, it’s very important for me to not internalize the collective social shame, but to keep taking these images and to keep asking for them to be seen, even if it makes people uncomfortable.

You're Such a Pretty Girl When You Smile, Self-Portrait